Looks like Agent 42 has a little fight in him yet! Though I guess they take the best, brightest and toughest for the spy program the world over

- and considering the length of time it took Joe to get over a similar attack way back in strip #91, I wonder if this’ll give time for 42 to get away…as long as he doesn’t forget about a certain someone else (again…)

So I had my head down either drawing or changing nappies for so much over the last few weeks I nearly forgot that the tail end of the year was coming up! Amazing to think that after Christmas, we’ll be coming up on the two-year anniversary of Average Joe!  And speaking of Christmas; I was involved in a webcomic secret santa this year with a bunch of other creators working around the globe: and received this little gem (below) from the indomitable Mike Hearn of Walter the Wicked – Mike deserves special kudos as well, since he was the guy that arranged the Secret Santa in the first place; so double thanks, Mike! I love his version of Joe, the guy’s never managed to look so ripped (whilst still keeping the trademark overweight sag there in the middle!) – if you like that style below I seriously encourage you to head over to www.walterthewicked.com and browse through some more of Mike’s work – it’s well worth the effort and you’ll be laughing as well as getting a real treat from Mike’s classic cartoony style

…and to my secret santa recipient, don’t worry! Yours is on the way

Thanks for reading everyone! As some of you may have noticed, there’s certain religious holiday falling on the next Wednesday from this update, so it might not be too likely there’ll be another update then

. Should be another one back on schedule Sunday after that though – don’t want to miss the next strip before Joe’s 2nd birthday (it’s one I’ve been looking forward to since beginning this arc

) so we’ll see you all back here then!

Take care Averaginos, and Merry Christmas one and all – I hope you are each able to spend the day in joy and happiness, and to stuff yourselves as full of food as the laws of physics will allow! 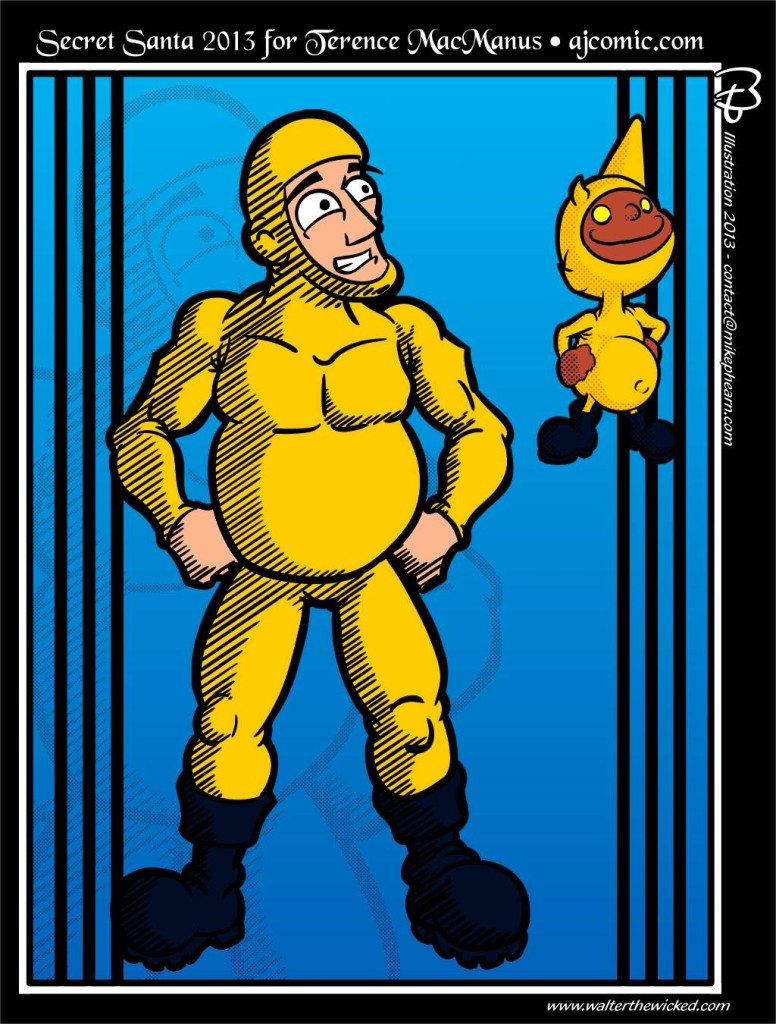